We know what you’re thinking. How has Dopapod never played OTP? We agree and could not be happier to finally host this raucous dance party!!

The quartet Dopapod—Eli Winderman [keys, vocals], Rob Compa [guitar, vocals], Chuck Jones[bass], and Neal “Fro” Evans [drums]—present albums as experiences meant to be shared out of your speakers and on stage. Traversing time travel, palindromic labyrinths, and binary pairs in a greater cohesive mystery, Dopapod’s forthcoming self-titled album ties the conceptual ends of the group’s discography, while charting a path forward. The group’s hypnotic hybrid of funk,rock, jazz, bluegrass, and electronica has packed shows coast-to-coast, and earned acclaim from Rolling Stone, Guitar World, Glide Magazine, and more, while reeling in millions of streams online. Their immersive, expansive vision as a group continues to conjure alchemy nearly fifteen years into their journey with the release of their seventh album, Dopapod out in spring of 2022. 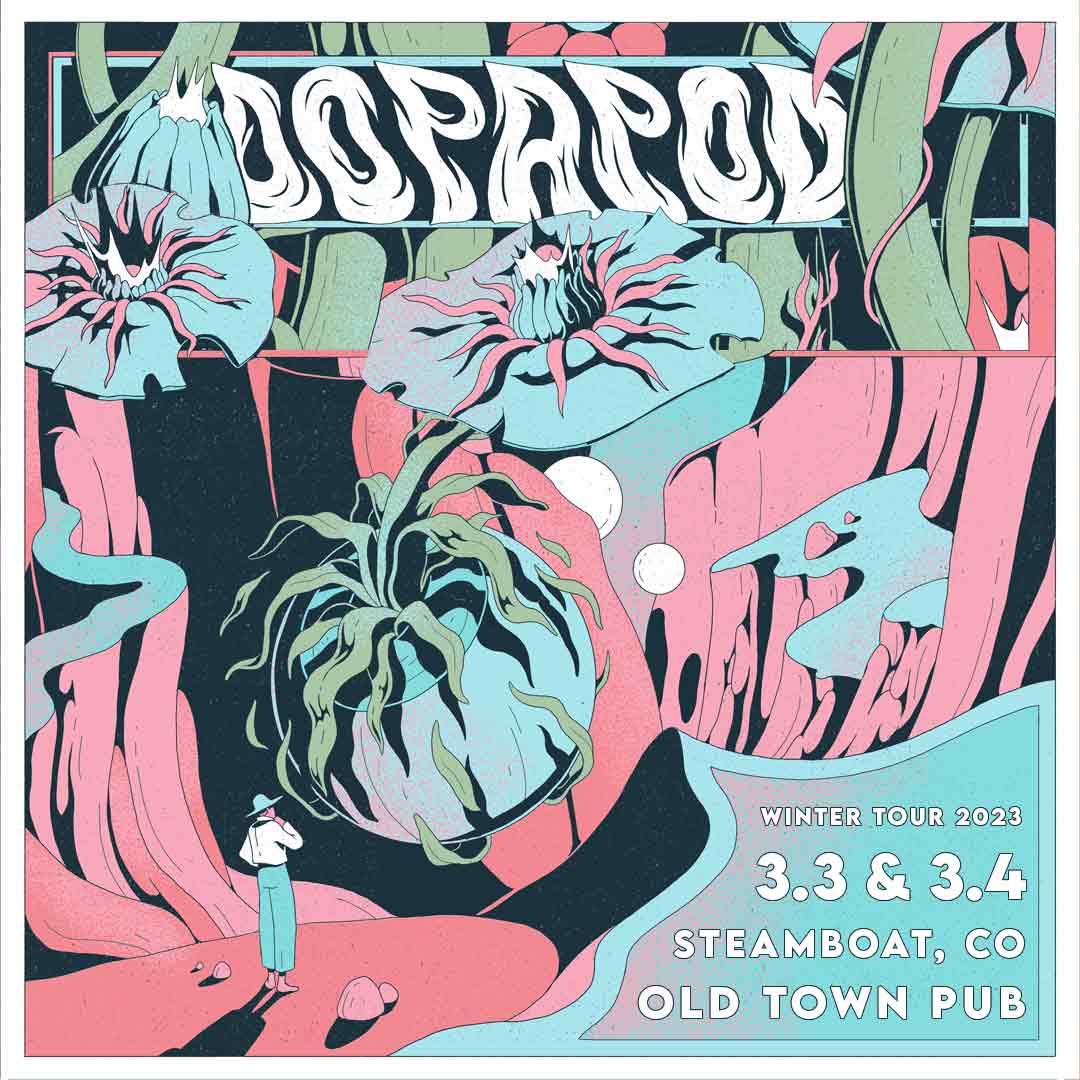