this. this right here. you have been warned. there is no excuse to miss lespecial.

lespecial is redefining the term “power trio”. The three multi-instrumentals from Connecticut continue to command attention from music critics and fans alike through their national tours highlighted by fierce musicianship, creative showmanship and an engaging live show that leaves audiences exhilarated and hungry for more. lespecial’s signature blend of “heavy future groove” combines head banging heavy prog-rock riffage with bone rattling 808s and sub synths, taking listeners on a journey to the musical netherworld through esoteric soundscapes punctuated by raw, primal energy/power. The band’s latest album, “Ancient Homies”, released to critical acclaim on Ropeadope Records at the end of 2020, finds them at a new sonic level and at the apex of potential for a band that has played together since high school and continues to push the boundaries of what a trio can do both in a live setting and in the studio. 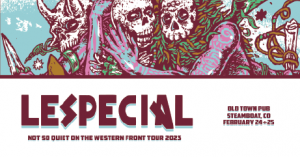 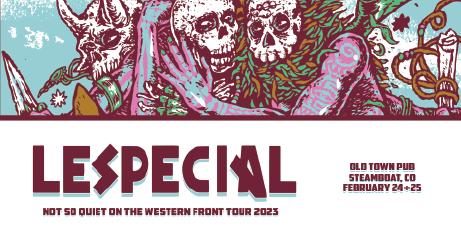